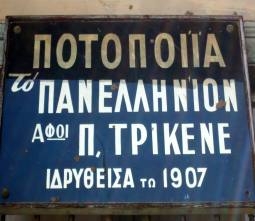 At the end of 1700, Trikenes family moves in Mesologi from Kefalonia. The only supply of the family was the ouzo making recipe. The founders of the distillery were the brothers Panos and Tasos Trikenes. The first caldron startet operating in 1901 at D. Makri street, in the old fishmarket.
The caldron used to be inside the store. Ouzo was being made in the night in order to be ready the next day. At the front, there is a marble bench, where some fingerfood was offered with the ouzo. These old days, ouzo was accompanied by something small to eat, such as, boiled potato with salt, tomato, cucumber and radish.
Panos Geramanis used to say that here, he had drunk the best ouzo in Greece. “Original friendship house” has Sarantos Kargakos named our store, at an older text of his. The great Greek poet Kostis Palamas used also to love our ouzo, which is not affected by the passing time. 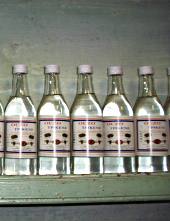 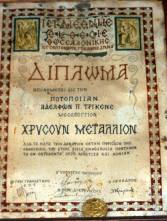